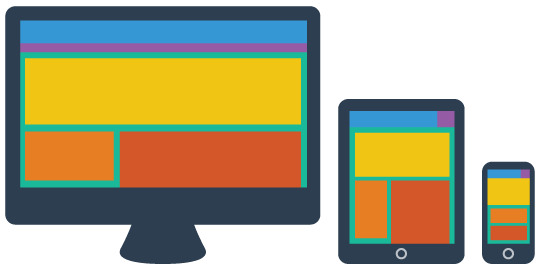 Before 2009 the internet was not responsive. What I mean by that is the design of websites was intended for desktop computers with relatively large screens, a keyboard, and a stationary internet connection. Most people with a mobile phone didn’t really use the internet because frankly, it sucked.

Pages loaded very slooooooowly, like geologically slow. And when a website finally loaded, often there were no pictures, no usable navigation, and just generally a lack-luster experience. This was all fine and good, but then something came along that changed everything.

Along came the iPhone, bringing responsive web design along for the ride. 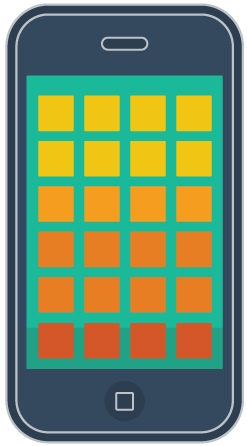 Selling over 1 million units in the first week, the iPhone was unlike any other phone. It was the first “smartphone” that even came close to giving users a good experience of web browsing. All of a sudden, there was a huge demand by people who wanted to access websites on their phone, whenever and wherever they happened to be. But that created a problem. Compared to a computer screen, a phone display is pretty small – the iPhone 3 measures three and a half inches by two inches. Most desktop displays start at fifteen inches and can be larger that twenty five! For web designers around the world, this created both a challenge and an opportunity.

Before the shrinkwrap from millions of iPhones hit the floor, web designers were trying to figure out how to shrink their designs to fit on this new tiny format. By default, many websites would display either zoomed all the way out with text so tiny it became unreadable. Other websites would display bugs and issues with the way they were built that was incompatable with the web browser built into the new phone. One huge issue was with Adobe Flash – a very popular animated website builder. Flash websites were incompatable on Apple’s groundbreaking device. Shrinking sites down in size was only part of the challenge. Technology and browser support was the other.

HTML5 and CSS3 to the responsive web design rescue

Responsive web design relies on a simple principle: change the layout of a website based on the screen size being used to view it. Visionary web designers like Ethan Marcotte from the web design community and blog A List Apart literally wrote the book on responsive web design. One common example of this is illustrated below:

As you can see, with responsive web design techniques such as those employed by web designers at Nova – your website becomes much more user friendly for visitors who are using all kinds of devices. Design once, deploy for multiple devices.

Previous
View All
Next

Your browser is out-of-date. Please download one of these up-to-date, free and excellent browsers